Pirate Adventures on the Chalfont Seas 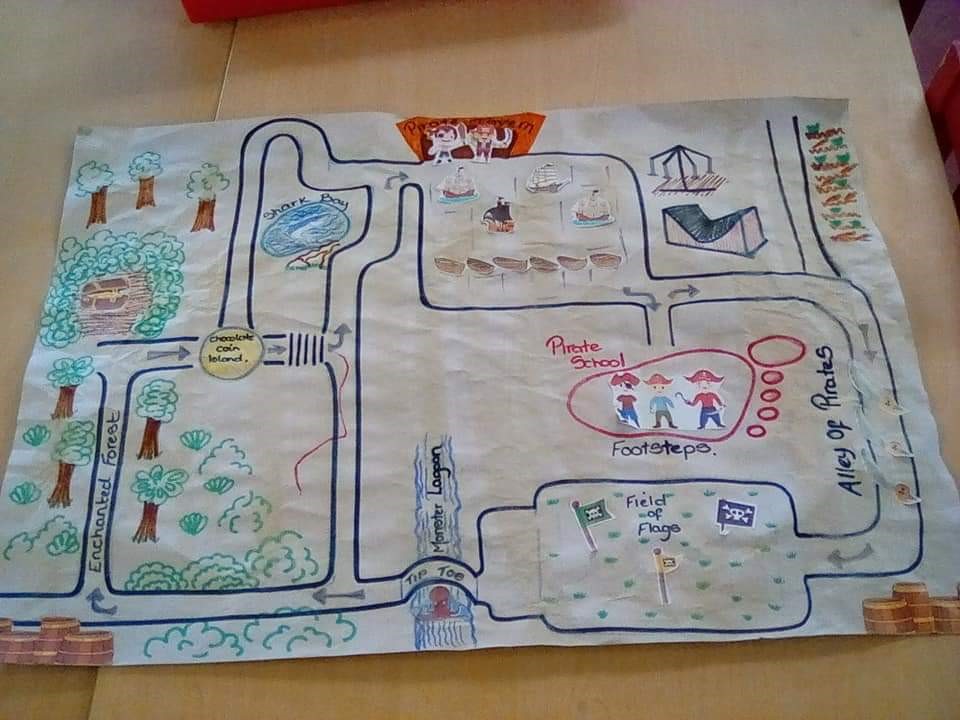 Oooooo Aaaaaargh me hearties this news has just arrived via a message in a bottle from faraway shores. It was news of a band of (smaller than usual) pirates, from Footsteps Chalfont. It started with a treasure map …. Where X marked the spot and the final destination on our very special treasure hunt.

The first step was to of course dress the part. The children made spectacular pirate hats and pirate plates to guide the way. Then off they set, with map in hand to find rival pirates and pots of gold. With pirate swords they fought their way through forests, finding fairies on their way, past the crocodile in the water, across fields to find the pirate flags and finally walking the plank to dig up their gold coins.

After all that activity we were all ready to come back ashore and eat the wonderful treasure map pizzas we had all prepared earlier with pieces of peppers and olives showing where the treasure lay hidden. But they had to eat it to find it!

Pirate week was a huge hit with miniature pirates and their crew. Captain of the Seas Jo Petty commented “We were so impressed by the engagement of our pirates. They really embraced the role play and let their imaginations run wild. We really want to thank our incredible “crew” too who put so much effort into planning and the props to make this such a magical adventure!”