It’s a sad truth of modern life that kids are spending less time outside than ever before. The average child spends just five hours a week playing outside, compared to a staggering 45.5 hours in front of a screen.

This is having a knock-on effect on children’s learning and development. A recent survey found that only 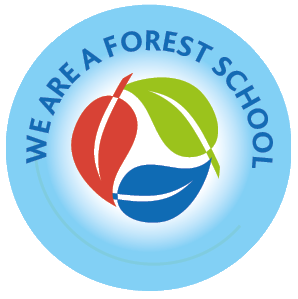 one in three can name a single herb, and 50% struggle to name five fruits and vegetables that grow in Britain.

A lack of outdoor play can compromise everything from ‘physical literacy,’ such as being able to throw and catch accurately, to eyesight, which suffers as a result of insufficient exposure to daylight.

In an attempt to combat children’s indoor, sedentary lifestyle, and provide the best possible setting for children to thrive, Forest School has always been a huge part of the offering at Footsteps, placing great value on providing the opportunity to learn in the great outdoors.

Taking children out of the classroom and into the great outdoors, Forest School is growing in popularity – but what does it actually involve?

Lots of nurseries and schools arrange occasional outdoor activities for pupils, but Forest School is a regular, long-term process, rather than a one-off. 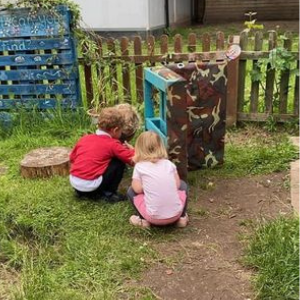 In essence it is outdoor, nature-based learning that focuses on the holistic development of the child. In forest school, activities are provided, but rather than being adult-led, each child chooses

and tailors the activity to suit them, while we observe their preferences and development. We embrace a flexibility to flow with the energy of the day and follow what interests the children.

Activities can include everything from tree climbing, bug hunting or making bug hotels, identifying plants, animals and trees, whittling sticks with tools through to using natural resources found outside for arts and crafts, role play or just enjoying the feel of mud between your fingers.

From fairy gardens to printing in clay with bark, roasting marshmallows to building dens – there is so much to explore!

‘It has a huge range of benefits, including improved health and fitness, concentration, teamwork , emotional wellbeing and independence,’ explains Footsteps Founder Kelly Carter.

For more information on our Forest School activities visit https://footsteps-nursery.com/